“The government does not have any direct teaching guidance on children with foetal alcohol spectrum disorder (FASD),” reveals Professor Barry Carpenter, a three-times former headteacher and ex-director of the Children with Complex Learning Difficulties and Disabilities research project for the Department for Education. “I don’t understand why: it’s a major issue in this country.”

It’s not as if the government has not had enough time to create that guidance: Carpenter has been giving FASD a very public profile for the past 12 years. FASD encompasses a range of birth defects and neurodevelopmental disorders caused by maternal consumption of alcohol during pregnancy. At the most extreme end of the spectrum is foetal alcohol syndrome (FAS), characterised by distinctive facial abnormalities and other physical abnormalities, as well as learning difficulties. Carpenter, who currently holds honorary professorships at four universities and lectures internationally, first became aware of the significance of FASD when he was working as head of a special school and saw increasing numbers of pupils with learning difficulties resulting from exposure to alcohol in the womb. This, he believes, was down to the growing binge-drinking culture in the UK. “As the headteacher, I started doing research online for things to help my teachers. I could find information on what FASD was but there was no advice on how to teach children with it,” he recalls.

In 2008, when he was elected as a fellow at Oxford University, he used the opportunity to do post-doctoral research into educating children with FASD and co-produced two books, one of which was Educating Children and Young People with Fetal Alcohol Spectrum Disorders. His research made waves nationally, both within education circles and among the public. But fast-forward nearly a decade and while he thinks awareness of FASD has improved, there’s still a way to go.  This belief is supported by the fact that the All-Parliamentary Group last week highlighted the continuing issues around alcoholic parents, citing a statistic that 2.5 million children are living with a parent who drinks too much, and that FASD continues to be a problem.

“I can still address audiences in schools where people will say, ‘I never knew anything about FASD’. It happened to me in a school last week,” Carpenter explains. “I’d say a good 50 per cent of the staff had never heard of it. If you’ve never heard of it, you’re certainly not going to know how to teach children affected by it.”

He notes that estimates suggest FASD could affect as many as 1 per cent of children in Western countries and he says it’s the most common cause of preventable learning disability in the UK. It needs to be covered in undergraduate teacher training and in teachers’ CPD, Carpenter believes.

Children with FASD can find grasping mathematical concepts particularly challenging; their learning can often be described as ‘here today, gone tomorrow’, as they struggle with retention; they often have a short attention span and limited concentration; and they can be hyperactive

Other issues include difficulty understanding abstract concepts, problems with generalising information and poor organisational skills. “Due to their problems with retention, these students need time for reinforcement and small-group work to consolidate skills,” notes Carpenter. 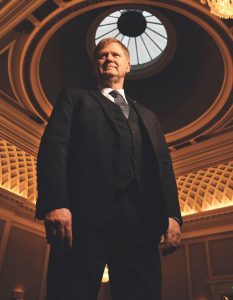 One practical example of the help a teacher could provide, he suggests, is giving a primary school child a timetable that’s made up of a Velcro strip and pictures representing different lessons to stick on it. “It’s important not to overload these children, so I’d apply what I call the ‘first/ next principle’,” he says. “So, first it’s English, next it’s maths. This means the pupil knows what’s happening next, so they won’t get anxious. However, they’re only having to hold two things in their head.” He also notes that clear directions are vital. “Use their name first. So, for example, you should say ‘Johnny’, then wait for him to acknowledge he’s listening, then finish the instruction: ‘Put the pencils away now please’. If you say, ‘Please put the pencils away Johnny’, he probably won’t have looked up until he heard his name.”

Developing social skills is also an important aspect of schooling for children with FASD. “They don’t always understand the nuances of friendships or the idea of personal space, so other children can become annoyed with them,” says Carpenter. “They need lots of structured time where acceptable social behaviours and interactions  are modelled.” In past experience, Carpenter has found literally drawing out boundaries helpful: “I used to work with a child with FASD who was quite hyperactive.  I put some yellow tape around his desk space. I never minded if he got up and had a stretch. But when he started to bounce around and interfere with other children, I’d say, ‘Behind the yellow line please.’ It saved me darting over every few minutes.”

Some children will already have a diagnosis of FASD, but if a teacher spots telltale traits in a child that doesn’t, Carpenter recommends they flag it up within school. However, teachers shouldn’t feel that they have to wait on an official diagnosis before trying useful interventions.  “If they have what I call the ‘I wonder if…’ moment, I’d suggest they try some of the suggested teaching approaches for children with FASD and see if they work,” he says. Carpenter believes collecting evidence on interventions that help may be useful towards an eventual diagnosis, too – something he believes can ultimately ensure that the child’s needs are addressed. Discussions with parents – particularly biological – of a child with suspected FASD may be difficult, he acknowledges. Carpenter argues, though, that the causes of FASD are none of the teacher’s business. “We are there to teach,” he states.

However, he believes that the taboo around discussing alcohol consumption in pregnancy in society generally is damaging, as it can mean people are not sufficiently aware of the risks. “It’s something I think, as a society, we still do not want to face up to,” Carpenter argues. Regardless of whether we make that societal shift, he says that we need to ensure teachers know how to support children with FASD in schools. We should do that now, he urges. “If a child has FASD and enters your class, you have to teach them the best you can,” he says. “Yet we still do not have a rich repertoire of resources to enable teachers to do that.”

About the Author: Neil Walsh

This site uses Akismet to reduce spam. Learn how your comment data is processed.